The World of Remix.. 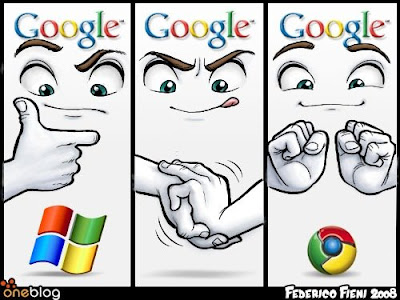 Looking at this picture I realize that what proper remixing can do. It is a world of remix-you just can not escape it, can you?
Image Credit: oneBlog
Posted by KP at 7:48 PM No comments:

Rahiman dhaga prem ka mat toro chatkaye.
Tute se phir na jure, jure gaanth par jaaye.
It means-love is like a thread, never break it
broken thread never joins, even if it does a knot emerges.
A well known verse from saint Rahim. I have been a believer in this verse since ever. But.. (I will never understand why I have so many buts) nowadays this belief of mine is subsiding. Or rather a new thought is emerging. What if..
What if the relationships are not actually like threads but muscles. They if given a bit of stretch do not break. Rather they get exercise and their strength increases and they are able to bear more beating next time. This is my hypothesis for relationships. They do break as muscles tear but giving them a few jerks is also necessary.
Like, why is it said that distances increases love between people. Also fights are actually proof of affections. These are nothing but exercises. Like I believe-"If something doesn't kill you, then it makes you stronger.-Friedrich Nietzsche".
If this is true then relations which have faced some hardships are actually stronger than those which were bred on soft beds. But the question is-'how much strain?' How much strain can a relationship bear till it finally breaks down. I do not know. May be that is why putting stress should be done as cautiously as overclocking is done. One should do it slowly with baby steps. Its better to be slow in such matters else the same thing will happen in both the cases-damage.
If this theory of mine is true (I believe it is) then all committed people, its time to give all your relationships a nudge. Improve them by giving them some exercise else they will become loose and boring. How?? I don't know, do something which makes your beloved angry and then ask for an apology. Do something kinky and then if he/she(she is more probable) is shocked or something then try to cover up the situation. Say sorry. It will help in two ways. First, the relationship will improve. Second, he/she will not react with same intensity the next time you say the same thing. In other words you will take your relationship to a higher level.
Just one precautionary note:-'Do not overdo it, else it might break.' A teared muscle may join but a ripped muscle is.. well
Posted by KP at 2:19 AM No comments:

Last night I screwed up big time.Do not ask me what happened. Why? Because I will not tell you, that's why ;). But the only thing that came to  my mind was "Why me??" Why have the great power of making a mess of perfection given to me by the almighty( remember I am not atheist). Give me heaven for a day and you will find hell the next day.
Waaaiiit a bit. Isn't this the same thing a guy named Adam is famous for. If I remember correctly this guy was given a perfect world and he screw it up big time and...    and we are his successors, aren't we. Sooo that's why i did it. Its in my blood, isn't it? That's why I hate perfection. I just can not be perfectly happy because.. c'mon its perfection guys and our nature can not tolerate this. This completely explains our curiosity for any and everything. This explains why we have different religions and factions. Why are we of different colors (read race) ? It helps us. According to theory of evolution we evolved this way so that we can fight and live 'sadly ever after'.
Finally I got the answer for my great mishaps (not only this one but I always do this) and seeing myself not alone I feel calm. Though I would really hope that in course of evolution this habit of ours subside. For how long will we make hell out of the happiness which we get.
kudos....
Posted by KP at 7:03 PM No comments:

Email ThisBlogThis!Share to TwitterShare to FacebookShare to Pinterest
Labels: Adam, Me